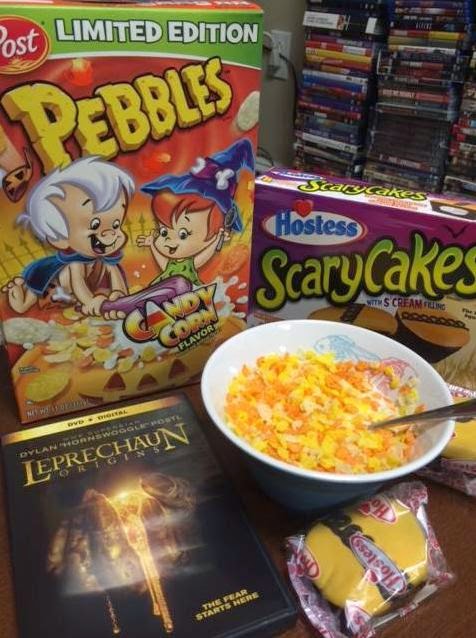 There are few things that go as well together as junk food and bad movies. Apologies to PB&J, and so sorry to put you down, Hall & Oates, but it's true. The one-two combo of unhealthy snacks and trashy cinema is a devastatingly sublime thing; and it's a staple of my, uh, lifestyle. Still, no matter how much I enjoy it, or maybe because of, well, you might mistake me for a masochist, what with the absolute shit that I subject myself to.

Today, our inaugural Total Trash Tuesday, perfectly illustrates the type of garbage that I regularly feed my body, my mind, and my soul. 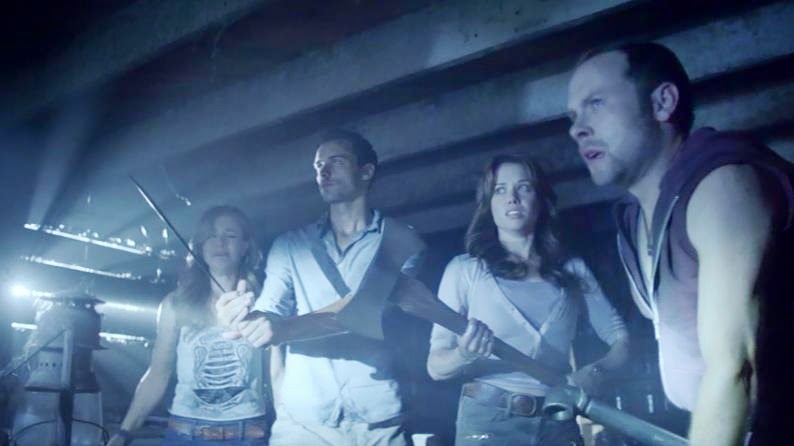 Leprechaun: Origins (2014) is billed as being the seventh film in the series; something of a reboot to the classic franchise featuring Warwick Davis as a murderous, wise-cracking leprechaun. Produced by WWE Studios, and yes, that would the pro-wrestling company that brought the world Hulk Hogan and a villainous dentist known as Isaac Yankem, it "stars" one of the company's former superstars, Dylan "Hornswoggle" Postl, as the titular mythological creature.

Titles aside, there is nothing here that resembles the franchise of old; gone is any dark humor, the charm and, yeah, the silliness that permeates the decade-long series. Viewers are left with a quartet of college-aged Americans backpacking across Ireland, a bland collection of twenty-somethings on a crash-course with an ancient evil that sorta' looks like a reject from The Hobbit.

Look, I may joke about the villainous creature's appearance, but there's some real serious flaws that need to be addressed. The main problem that the film faces is how damn mediocre it is. I get that film-snobs may decry the original Leprechaun (1993) and the five sequels it spawned, but they're frequently fun and always bordering on completely bizarre. Here, another decade later, and the team behind Origins seem to take several steps back, delivering a sub-par slasher that features every hackneyed trope you'd expect in a horror film.

The film's Final Girl fumbles with keys. She trips or falls nearly a half dozen times. Her more promiscuous best-friend even utters the phrase "cabin in the woods" without the slightest bit of irony.

Its complete lack of originality or unique identity are doubly unfortunate, because otherwise, it's a competently made feature. Despite a few missteps, and an obnoxiously overused Leprechaun-vision, director Zach Lipovsky knows what he's doing. And the four young actors are all, I don't know, serviceable. Both facts only further frustrate me as a viewer; realizing that with a bit of creativity, a fresh idea, the people responsible for Origins could have made a really solid flick.

Better luck next time, I guess. 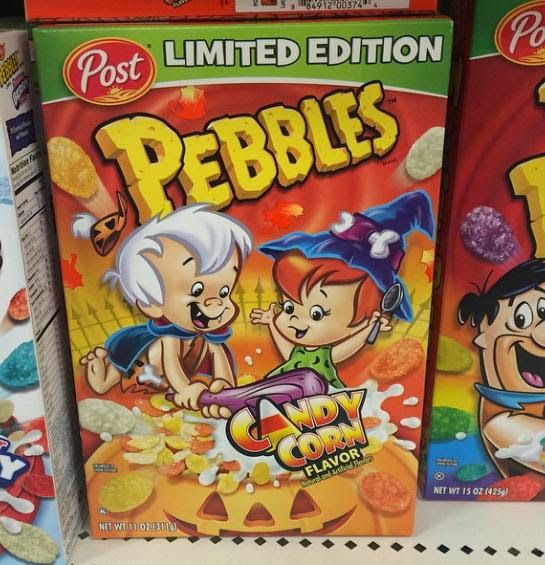 Infinitely more surprising, while I wandered the aisles at my local Target, was discovering that Post had released a limited-edition cereal for the Halloween season. All the attention being heaped upon General Mill's trio of terrifying monsters, it appears that Fred and Barney's popular offspring, Pebbles and Bam-Bam, were being overlooked. Gone the Fruity and Cocoa varieties of Pebbles cereal, replaced by a candy corn flavor.

The idea of a candy corn cereal sounds awfully unappealing; pretty damn gross, actually, even with Halloween staring us in the face. Thankfully, it's the last thing you'll think of when you finally muster up the courage to pour yourself a bowl. The cereal's scent, subtly sweet, is the first thing that will hit you. It's pleasant, a faint marshmallow-y, and will not remind you of falling leaves or pumpkins at all. The same goes for the taste; it's a vague, almost bland sweetness that barely resembles candy corn. Fantastic box graphics aside, this could easily stand-in for a Christmas or Fourth of July-themed Pebbles cereal.

Like the film I watched while I half-heartedly finished my bowl, I'd mark these down as nothing special.