The "One Man's Trash..." Anniversary Giveaway 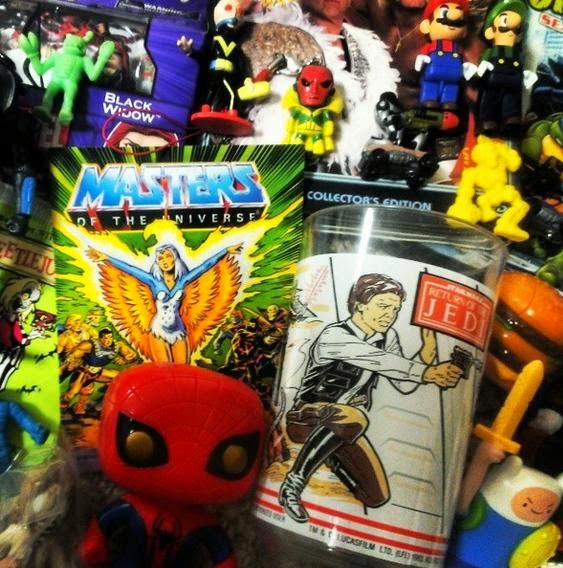 It seems to be a recent San Diego Comic Con tradition that I don't even humor the idea of attending, and instead, I turn my attention to this blog in the attempt to lighten my load. Giving away so much stuff, all the odd little collectibles that have been piling up over the days and weeks and years. The idea that you can never have enough toys or comics or DVDs, well, it's a great one, but it's totally false. Limited space to store it all, limited time to enjoy those things, sometimes you exceed those limits and find yourself wondering how things got so bad. So yes, it's time to lighten my load.

That's good news for all of you, because it means that we're hosting the latest "One Man's Trash..." Free Giveaway. And this one is the big one. Celebrating a year of blogging, and a year of giving away my trash to other people. Some of you have been here before, but there may be a handful of new readers lurking that don't know the score. Let's quickly rehash the rules, shall we?

You don't have to follow the blog, but I'd definitely appreciate it if you did. There hasn't been a whole lot of content lately, but I'm hoping for that to change in the very near future. We're getting into my favorite time of year, already anticipating the leaves turning orange and rust, cooler nights and the howl of wolves in the distance, but maybe they're closer than you think. I'm totally getting off track, but the idea that Halloween is drawing near will do that to you.

So, anyway, there are two ways to enter this month's giveaway-- you can leave a comment below, something breezy and light, maybe having to do with your favorite episode of The Golden Girls or the time you rented Killer Instinct for the SNES and didn't return it for three weeks. The other way to enter is to send an email to itstrashculture[at]gmail.com. Simple enough, sure, and completing either of those things is all you need to do to maybe, possibly, win a box full of things. Incredible things, even though I never hesitate to refer to it all as trash.

You've got a week to enter; I'll randomly draw the winner's name next Friday, August 1st, and we'll work out the details from there. Best of luck to everyone, and thanks to all who took the time to check out the blog! 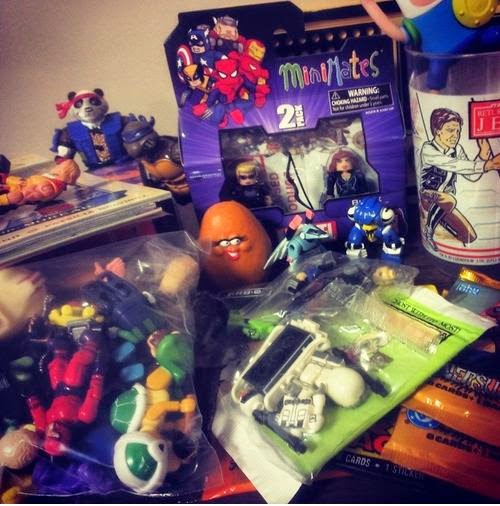 The Urge to Purge


Collecting too much. Acquiring so many things, and letting them overwhelm you and rule your life. I am guilty of this and chances are, if you're here and you're reading this, well, you are too. Again, like me, you probably own tons of old beat-up action figures and boxes of VHS without a functioning VCR. Stacks of unread books, comics and old issues of Nintendo Power. Records, sure, of course, but cassette tapes and CEDs and all the outdated media you could possibly imagine. More than you could ever hope to contain.

So, yes, drastic measures must be taken.

Let me introduce you, dearest readers and friends, to The Minimalism Game.

I didn't stumble upon this on my own, but was introduced to it through the wonders of Instagram and one of my favorite bloggers out there, Mason from D.I Treasures. A collector like me, yeah, but I'm pretty sure I'm closer to crossing the fine-line between hobbyist and full-blown hoarder. If you doubt that, well, I've got a large box full of outdated party supplies that says otherwise.

They'll probably be the first thing to go, actually.

The idea of the game is to find a friend or two, people who also have lots of stuff in their lives they could and should part ways with. For the span of a month, each of you gets rid of these excess item every day. The true challenge comes in with this simple twist-- on the first day, you toss away one item. No big deal. The second day, two items must go. Three on the third, four on the fourth. This continues until the end of the month.

So, by day twenty-four, you're purging two dozen items for that one day. Doesn't sound so easy, does it?

Using other social medias, mostly Instagram [you can follow me @itstrashculture], you'll be able to keep up with my own attempt to minimize the Trash Pile. I'll be posting each day's efforts, and tagging both Mason and Laura [of Boo Bobby], who have both inspired me to undertake this challenge.

Oh, and if you see anything posted on Instagram that you might want to lay claim to, shoot an email to itstrashculture[at]gmail.com and we'll try and work something out. Help me avoid being crushed to death by a pile of junk by taking home some trash of your own!
Posted by the Trash Man at 4:31 PM 9 comments:

Email ThisBlogThis!Share to TwitterShare to FacebookShare to Pinterest
Labels: purge but not the movie 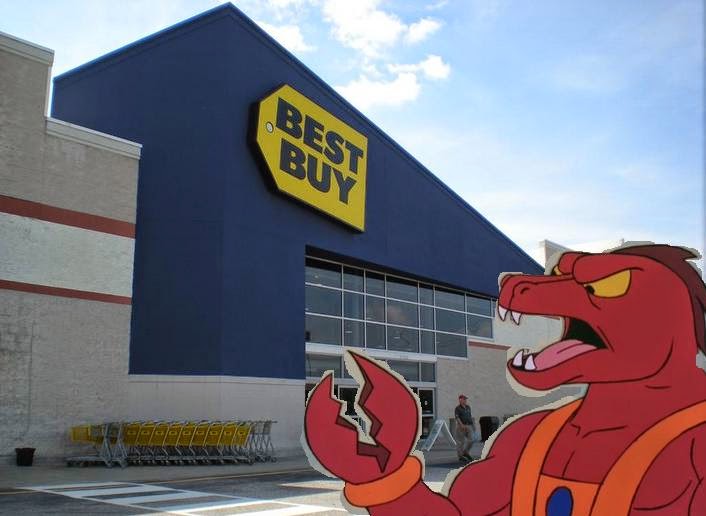 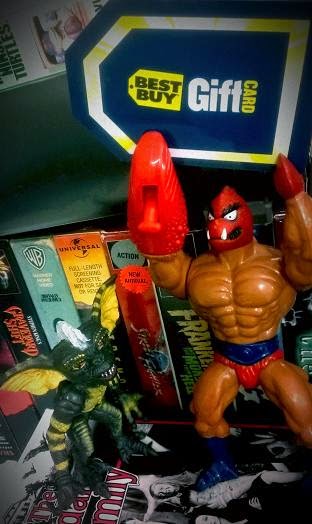 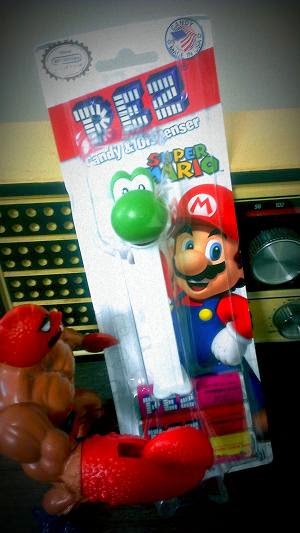 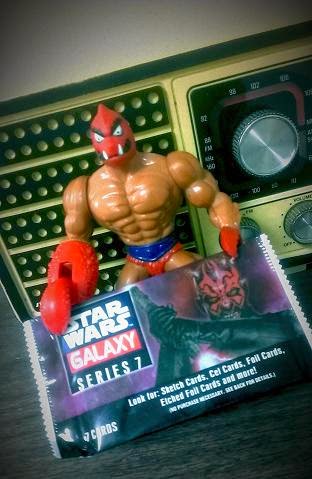 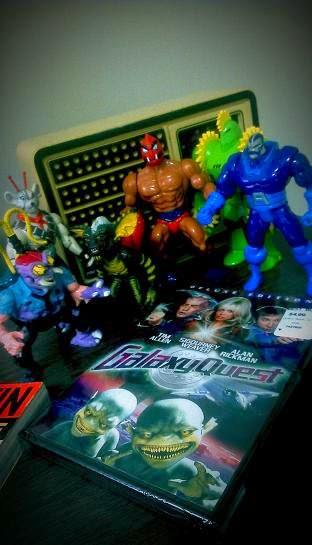 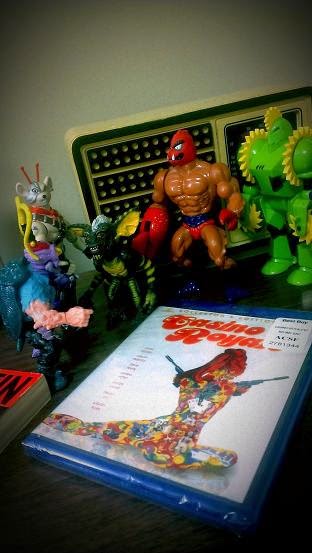 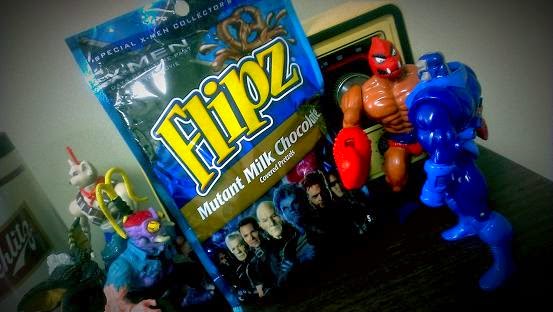 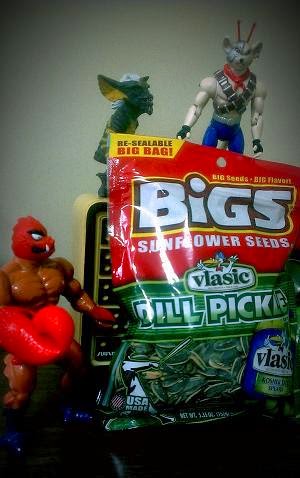 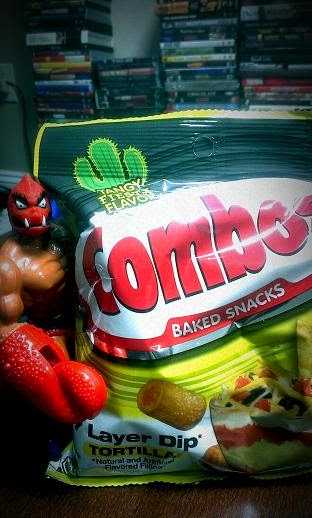 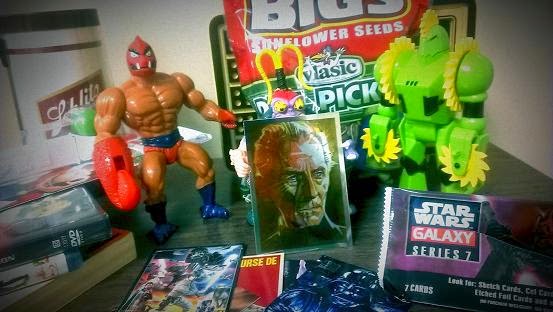