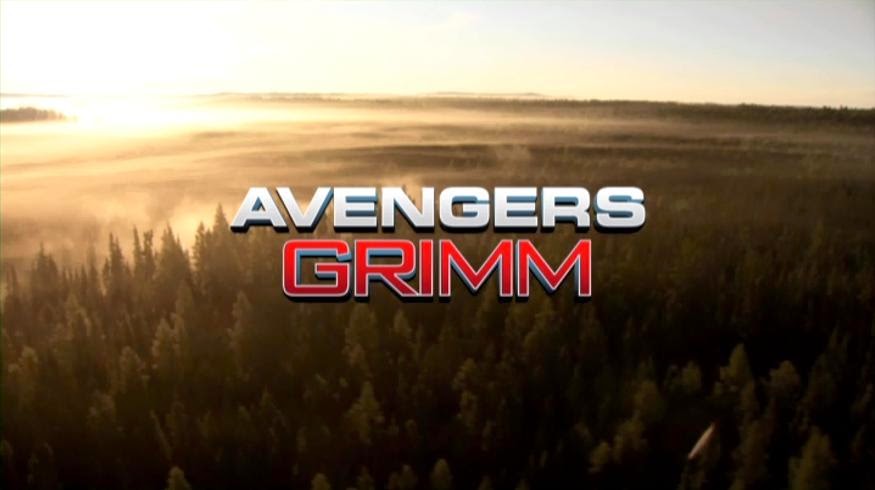 Join Earth's Mightiest Heroes as they battle an ancient evil hellbent on plunging the world into darkness.

Actually, no, sorry, wrong film. This is actually the one where Little Red Riding Hood becomes Casper Van Dien's mindless pawn in his war against Snow White and Rapunzel.

Yeah, by now, we should all be familiar with The Asylum and their unique brand of low-budget film-making. Best known for throwback monster-disaster hybrids like Sharknado (2013) and Mega Piranha (2010), their other claim to fame is an ongoing series of "mockbusters"; films that attempt to cash-in on the popularity of bigger budget, Hollywood-produced movies. Stuff like Snakes on a Train (2006), Transmorphers: Fall of Man (2009), and Atlantic Rim (2013).

Released two weeks before Marvel Studio's Avengers: Age of Ultron, the film features a team of heroines, not ripped from the pages of comic books, but instead Grimm's Fairy Tales. A quartet of princesses, led by Snow White (Lauren Parkinson), are confronted by the evil of Rumpelstiltskin (Casper Van Dien), and they must save two worlds from his devious plot. Also along for the adventure is the non-princess Little Red Riding Hood (Elizabeth Peterson), whose only agenda is getting revenge on the creature responsible for killing her entire village, The Wolf (played by former MMA fighter, Kimo Leopoldo). 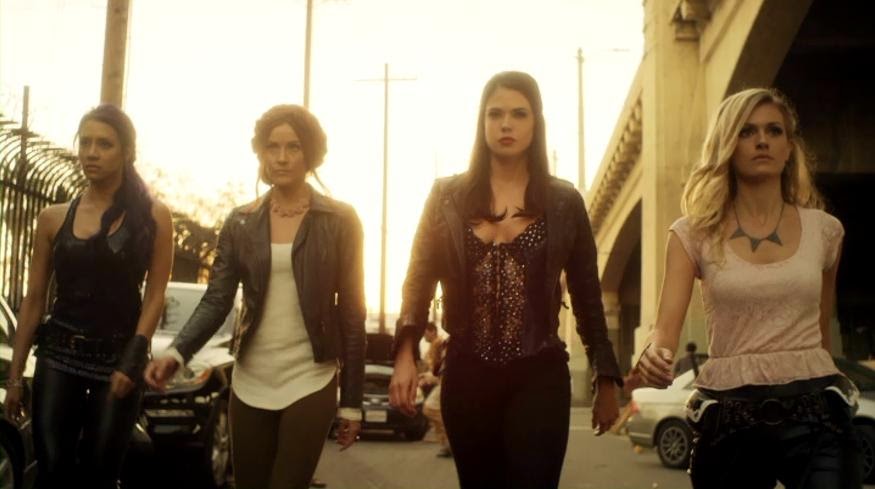 The bulk of the plot revolves around The Magic Mirror, which is able to open portals to the real world, a world without magic, a world that Rumpelstiltskin wants to claim as his own. Due to Snow White's interference, both herself and Rumpel end up stranded on Earth, and the remaining princesses must travel across dimensions to find their friend and put an end to their wicked enemy once and for all. Red's there, too, much to the others' chagrin, constantly on the hunt for The Wolf and somehow getting mixed up with a random gang led by "Iron John" (Lou Ferrigno).

It wasn't bad enough that The Asylum was ripping off The Avengers' name, they also had to include the original live-action Hulk in the proceedings to take it one step further. Still, it's probably a good thing that Lou was all too familiar with ridiculous body-paint throughout his career, because about half-way through the film, well, Rumpel's magic literally transforms him into an "Iron Man". Complete with shoddy make-up that makes him look sorta' like Schwarzenegger's Mr. Freeze from Batman & Robin (1997). 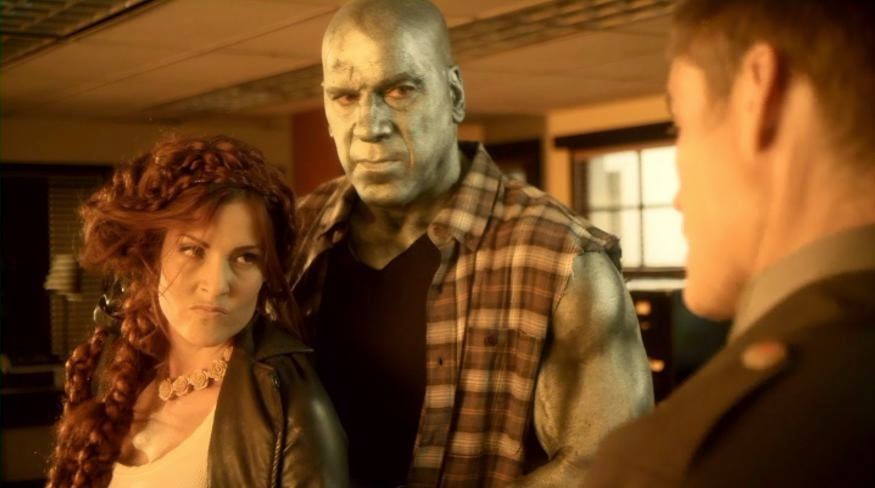 Oh, and the magically-adept princesses all have their own special abilities. Snow White can control cold and form ice-daggers, naturally, because her name is Snow. Cinderella (Milynn Sarley) is able to transform items into other items [no idea why], and Sleeping Beauty (Marah Fairclough) casts spells that instantly put people to sleep [duh].

Also, Rapunzel (Rileah Vanderbilt) has long hair that's, like, a weapon, I guess?

I don't know, but she uses it to fight Iron-Hulk a few times. It's, uh, it's all pretty stupid. 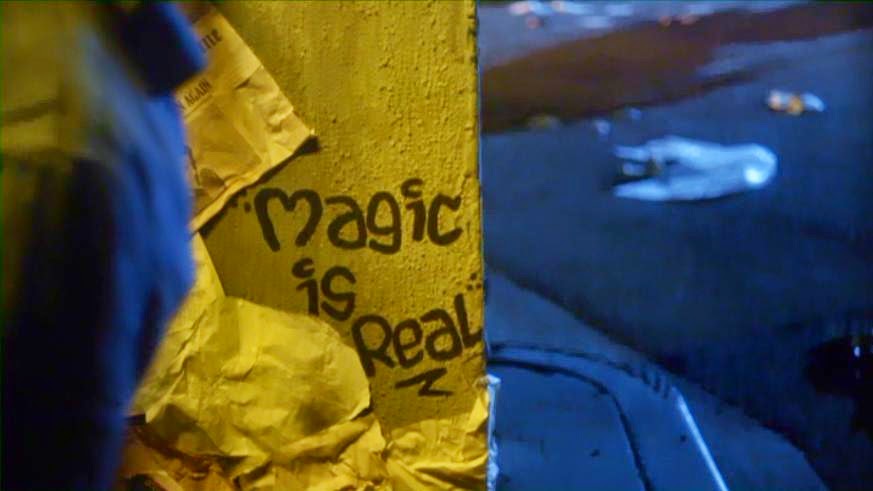 Look, no one is going to argue that there's anything artistically redeeming in any of Asylum's output, least of all this particular entry. I doubt that anyone willing to subject themselves to Avengers Grimm (2015) is looking to discover some new cinematic masterpiece, but instead the opportunity to shutdown their brains and enjoy watching some harmless fantasy fluff. If that's what you're looking for, sure, there's probably better places to start, but the film is entertaining enough and mostly harmless. And with a brisk run-time of only 87-minutes, it's worth checking out at least once.

The short and sweet is that it's competently made and far from the studio's worst offense, which is about the best you can ask for with this sort of thing. 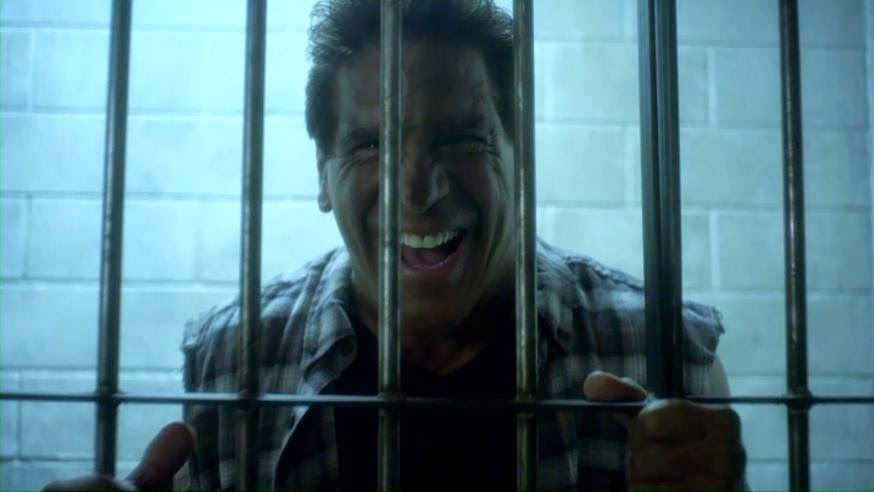