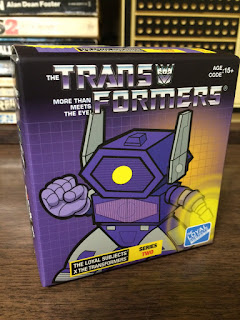 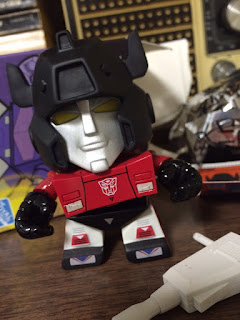 
Happy Fourth of July, all.

I'm sure most of you are out and about, enjoying fireworks and barbecues and spending time with family, but some of us have mixed up priorities. Some of us like to spend our Independence Days watching nearly twenty-year old horror films with murderous patriotic icons. Actually, I'm pretty sure that it's just me and maybe a deranged ex-video store clerk hellbent on recreating the perfect summers of yesteryear. And even that ex-video store employee might be me, too.

I'd never seen Uncle Sam (1997) before today, but I do remember it vividly from my days working at Video Showplace in the late '90s. I can still picture it sitting on the shelf, its lenticular cover beckoning, practically commanding that I go over and check it out immediately. Quietly telling me to ignore the thousands of other tapes that surrounded us. To take it home and watch it repeatedly, never-ending, until the day I die.

My appreciation for the horror genre was still in its infancy, and I had bigger and better films to embrace before giving Uncle Sam a chance. If I had paid attention to the talents involved in the movie, however, it's possible I wouldn't have waited nearly two decades to finally watch it. The director, William Lustig, is perhaps best known for the cult-classic Maniac (1980), as well as his later films, Vigilante (1983) and the original Maniac Cop (1988). And the film's writer, a regular collaborator of Lustig's, is none other than the great Larry Cohen. I've become a huge admirer of Cohen over the years, especially his work on Q, The Winged Serpent (1982) and The Stuff (1985).

Plus, the cast includes a who's who of fantastic character actors, including Isaac Hayes, P.J Soles, and Robert Forster.

Based on the crew assembled, you might think that Uncle Sam is some under-appreciated classic, perhaps lost in the shuffle of a post-Scream world of meta-horror, simply waiting to be rediscovered. Unfortunately, that isn't quite the case. I'm not suggesting that it's a bad film; it's definitely worth watching, regardless of its reputation on sites like IMDB or Letterboxd. The material isn't anything ground-breaking, but the combined abilities of genre stalwarts in Cohen and Lustig definitely raise the film higher than many of its peers from that particular era of direct-to-video slashers.

The premise is a fairly basic one-- after Sgt. Sam Harper (David Fralick) is killed by "friendly-fire" during a mission in Kuwait, his body is returned to his hometown for a proper, heroic burial. Through some unknown means, the recently deceased soldier rises from the grave to seek revenge on those that he deems unpatriotic. What starts as punishing the corrupt and immoral, however, quickly transforms into a murderous rampage that will spare no-one. It's revealed over the course of the film that Sam wasn't the all-American hero that his nephew, Jodi (Christopher Ogden), believed him to be, but instead an abusive, kill-crazy maniac. Jodi must work with his Aunt Louise (Anne Tremko) and a former sergeant, Jed Crowley (Isaac Hayes), to finally put Uncle Sam to rest.

I doubt watching this film will become a yearly tradition, but I certainly won't hesitate to see it again from time-to-time.