They Don't Die, They Multiply


It's odd that this blog would be up and running for this long and I've yet to really talk about Gremlins (1984). A film that terrified me when I first saw it as a child, but would eventually become one of my all-time favorites. Well, okay, second to Gremlins II: The New Batch (1990), which is absolutely the only movie I could watch every single day and never-ever-ever grow tired of.

With all that love for everything mogwai and Mrs. Deagle and Dick Miller, imagine my surprise when I noticed there wasn't a single post in my archives that was tagged "gremlins".  That, my dearest friends, is about to change like someone fed me after midnight and I entered a pupal stage.

Shit is about to hatch, son. 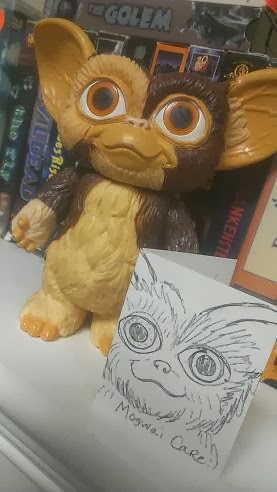 Looks like the metamorphosis hit rewind, because that's not a gremlin at all..!

It's Gizmo, adorable mogwai hero and admirer of Rambo and MTV. I loathe throwing around the term "vintage" for toys from my childhood, but most would I guess, like this seller on Etsy who I recently bought Gizzie from. At a measly six bucks, I really couldn't pass up on the deal and was pleasantly surprised to find a lovely hand-written note included. Even if I hadn't seen the two Gremlins films time and time again, this fantastic Mogwai Care guide walked me through the steps of maintaining my mogwai and keeping him in good health. 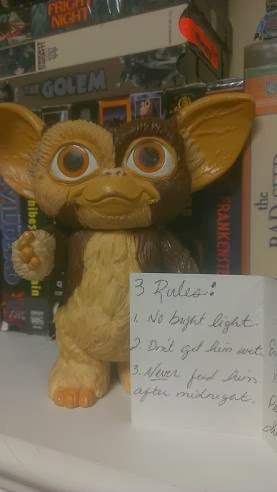 With only three rules to follow, you'd think I would have an easy time taking care of Gizmo. The same could have been said for William Peltzer, but we all know how that turned out, don't we? Looks like I followed in the footsteps of poor Billy, because I didn't pay well enough attention to Rule Number Two. 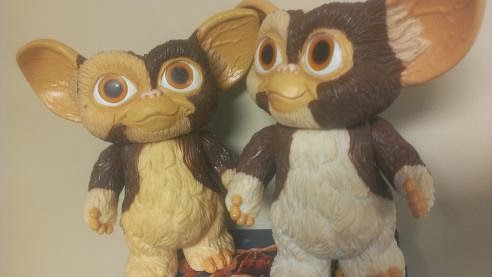 This is better than I could have possibly dreamed. Two for the price of one! Okay, not really. My second mogwai came courtesy of eBay and cost a little bit more than his dirtier duplicate. This is my own personal curse, the rule I shouldn't but always seem to break. My poor impulse control at its best and brightest. Too bright for any gremlin to bare. 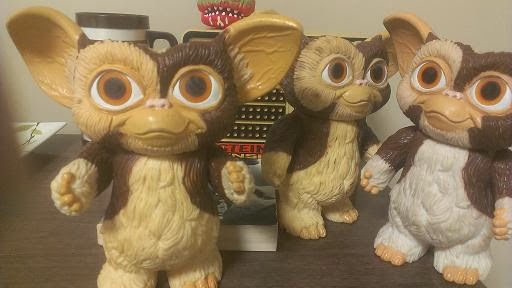 And you'd be wrong.

I don't care if you do look like you want a hug, Third Gizmo. I really, honestly, think that I'm starting to lose it a little and it's all you fault.

You see, Gizmo Number Three has been hanging out with me for a few years now; picked up for a single five-dollar bill at a small collectors' show from a guy peddling his personal collection for pennies. I grabbed this guy, all yellowed and aged, along with some cheap DVDs and a couple magazines. The seller threw in some Gremlins II "candy heads", which I'll have to be sure to show off sometime in 2014, for free. It was a purchase that led me to later buying two more of these adorable bastards and could lead me to buying more in the near future.

I have three mogwais and zero regrets. 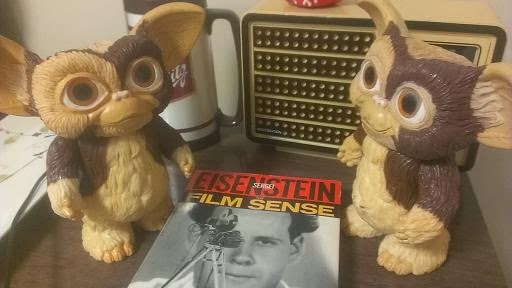