The League: Bringin' Back The Tall Man 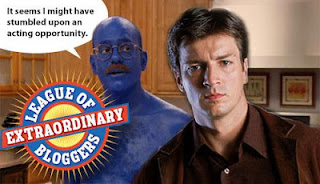 The League of Extraordinary Bloggers took a week off to enjoy the holiday and the start of summer and some other things, but now it's back and it's not alone. This week's topic asks, What product or media property would you like to see revived, and how would you imagine it being different today?

I live a pretty nostalgic lifestyle. Longing for the days of my childhood; when things were simpler, cartoons were over-the-top and exciting, and toys were bought for me by other people. There are far too many animated series, both from the '80s and early '90s,  that I'd love to see re-imagined for today. Stuff like The Inhumanoids, The Centurions, Jayce and the Wheeled Warriors, Go-Bots [yes, seriously, Go-Bots], and Bionic Six are only a few of the cartoons/toy-lines that I would love to see make a comeback. Unfortunately, there would be a certain amount of guilt that would accompany trying to relive my younger years. For every TMNT or Transformers reboot that's happened, I've sat on the sidelines, casually observing as they reappeared on television screens and store shelves.

So, if the properties that I enjoyed as a kid are out, what does that leave? 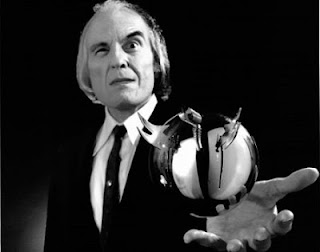 First, a very short confession. Horror movies terrified me when I was younger. There were times when I couldn't watch TV, knowing that the commercials for Child's Play II or one of the Halloween sequels might appear during a break. I can distinctly remember the pay-per-view channel showing an ad for Phantasm III: Lord of the Dead and being frightened by it. And yet, here we are. 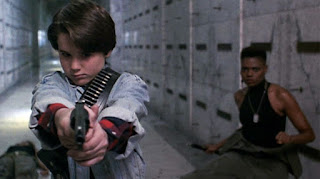 I watch a lot more horror flicks these days. I don't get the thrill, the exhilaration, from being scared and I'm not particularly fond of gore. I do, however, have an appreciation for the out-there concepts and the use of practical special effects. It's why the Phantasm series appeals to me so much. You can tell from watching, whether it's the original or any of its sequels, that writer/director Don Coscarelli loves making these films. It's just a shame that the studios don't seem to share his passion or enjoy backing him and his endeavors.

The series can be a tough sell, though. You have brothers Mike and Jody, along with Reggie the Ice-Cream Man, doing battle with the inhuman Tall Man [played by Angus Scrimm], who is stealing corpses and transforming them into demonic, dwarf-like slaves. There is an eerie, dream-like atmosphere to the original film that can leave the viewer questioning what exactly it is that they just watched. And you have three sequels, released over nearly twenty-years time, that add more layers and ask more questions than they answer. 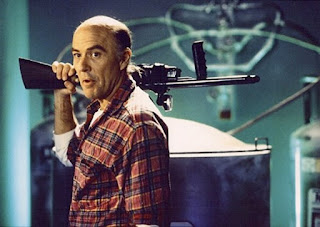 That's precisely why the series needs to be resurrected. Not so they can explain all the twists and tie up all the lingering questions, but simply to add more to the story. It's such a complex and curious oddity in the history of horror franchises. At times, it can seem like they're simply throwing wild ideas at the screen and maybe that is what they're doing, but it works. The Phantasm series can go from nightmarish to comedic between scenes and the whole experience is surreal and super-enjoyable.

Whether or not they could pull it off, well, one only needs to look and see what they've been up to since the last film, Phantasm IV: Oblivion, which was released in 1998. Don Coscarelli has kept busy directing, releasing both 2002's Bubba Ho-Tep and the adaptation of David Wong's novel, John Dies at the End. If you've seen either of those films, then you'd know that Coscarelli is certainly up to the task of creating another surreal, entertaining movie. And old Angus Scrimm, who appears frequently at conventions and has had small roles in several horror/cult flicks, can easily pull off the part of The Tall Man one more time. 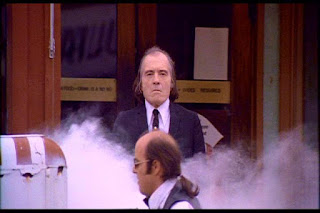 So, I wouldn't dare re-imagine it and I definitely wouldn't reboot it. Simply bring back the original cast and crew, give Don Coscarelli the reins, and sit back and enjoy. Of course, if this one doesn't scare you... you're already dead. 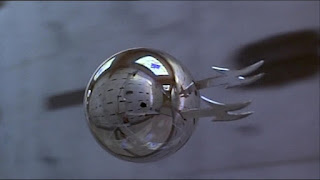 The Comixverse wants Captain Power and Biker Mice From Mars to team-up, I think?
Posted by the Trash Man at 3:45 PM