Countdown Cancelled and The Best Film of 2003 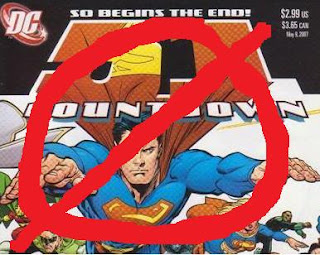 The Countdown to Man of Steel has been cancelled after one post.

This is partially because of a complete lack of content. I honestly thought that a big-budget Superman reboot would lead to all sorts of wacky and incredible promotional tie-ins like the 2006 "sequel" did. After trips to several local supermarkets/convenience stores, I've discovered that there is almost nothing available that's worth taking a look at. Yes, there were boxes of Cheez-Its and Pop-Tarts with the iconic S-symbol front and sorta' centered. I also found some fruit snacks, but they were generic Superman style, owing nothing to the new film. Somehow, DreamWorks' new animated-feature, Turbo, about a hyper-kinetic snail, managed to earn its own limited edition cereal, but Superman did not. This is the world we live in now and it is awful, maybe.

The other reason for the cancellation is something I briefly touched upon before in the single Countdown post, which is my personal feelings towards Man of Steel. You could say they are less than enthusiastic. This surprises a lot of people who know me, because I enjoy comic books and I enjoy movies. I must be almost orgasmic at the idea of combining the two things, right? Eh. This is sometimes true when it comes to films like The Avengers or X-Men: First Class, but it is not always the case. There are quite a few cinematic adaptations of comic books that I have not seen, nor have any intention of ever seeing; the two Fantastic Four movies, Green Lantern, either of the Ghost Rider flicks, Cowboys and Aliens, V for Vendetta and many others. My love for these two distinct, visual mediums doesn't equal an immediate or even an eventual devotion to any project that may mix them together.

I have a difficult enough time writing about the things that I feel passionate about, so I'm not sure why it is that I thought I could manage a week of posts related to a movie I'm not that interested in seeing. It was a lazy attempt at drawing in some readers, hoping to catch some [very] minor attention due to the film's release date looming nearer. 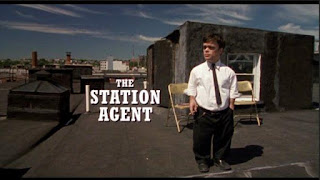 Meanwhile, I just finished watching The Station Agent for the first time and I can barely think of anything worth talking about it here, despite the fact that it's probably one of the best "older" films I've seen so far this year. This happens far too frequently, where I stumble upon something and immediately fall in love with it, yet I can't seem to find the right words to express my adoration or appreciation.
Posted by the Trash Man at 2:42 PM

Email ThisBlogThis!Share to TwitterShare to FacebookShare to Pinterest
Labels: man of steel, the station agent