The League: Show Me the Money Edition 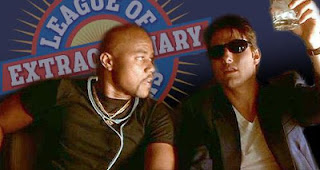 I have never really been into sports, much to my father's dismay [happy early Father's Day, guy]. Also, and again something my dad probably wouldn't have cared for, I have seen Jerry Maguire. So this week's assignment from The League of Extraordinary Bloggers is sorta' a mixed bag for me. We have been tasked with taking on the role of Jerry, sports agent extraordinaire, and--

You open your own sports agency. Which pop culture all stars will be your first clients? “Show me the money!”

With little to no understanding of what it takes to be a sports agent, aside from romancing Renee Zellweger [no thanks] and befriending her young son [again, no], I have decided instead to highlight some of my all-time favorite sports-themed pop culture icons. This is hardly assembling a dream team to dominate their respective playing fields and instead a quick look at the underdogs and wanna-be icons you may have forgotten about. Or wish you had. 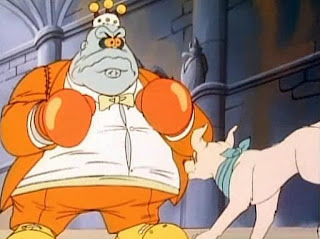 First off, we have King Hippo.

You might remember him best as an underwhelming opponent in the NES classic, Mike Tyson's Punch Out!, but I will always think of him as one-half of my favorite villainous duos. Paired up with the evil Eggplant Wizard, the two bumbling henchmen worked for the gelatinous crime-lord, Mother Brain, and attempted to conquer Videoland on a weekly basis during the late '80s and early '90s. They were, of course, regularly stopped by Captain N: The Game Master and his cohorts. 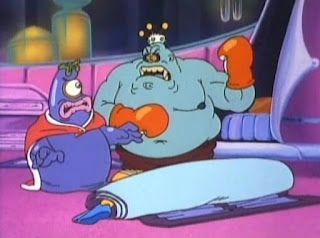 In case you are unfamiliar with King Hippo and his numerous non-accomplishments, he was a boxer. The greatest boxer to hail from Hippo Island who I guess must have also been the king of said island? I don't really know and it doesn't really matter. Nothing can diminish my love and respect for that blue-skinned beauty. 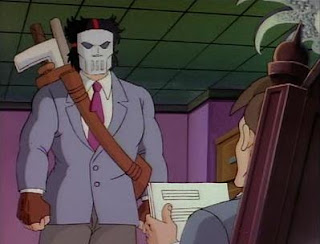 The animated version of Casey Jones actually frightened me a little when I was a kid. It was his refusal to ever remove his hockey mask, something I always associated with Jason from the Friday the 13th series, that caused me to feel uneasy about him. The film version of the character, portrayed by the amazing Elias Koteas, was frequently sans mask and constantly making fun of and/or hitting on April O'Neil, which was something I could always get behind, even at a younger age.

I guess it's never been established in any Teenage Mutant Ninja Turtles canon, whether cartoon, film or comic book, that Casey is any kind of real athlete. He's often shown wielding baseballs bats, hockey sticks or [my personal favorite moment from the original TMNT film] a cricket bat, so it's safe to assume he had some training. Regardless, I dig his intensity and his commitment to the whole masked vigilante lifestyle. I also like when he had to babysit time-displaced samurais in Teenage Mutant Ninja Turtles III: Turtles in Time. No, just kidding.

I made a funny. 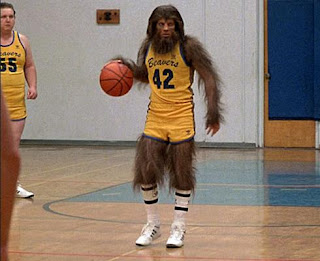 Despite my lack of interest in real-world sports, I do so enjoy movies that are centered around misfit teams and their unconventional rise to the top of their game. I will always cheer for the underdogs, whether they're a rag-tag group of baseball players coached by Walter Matthau or an average teen with a bad case of lycanthropy. It should be no surprise then that I am a big fan of the original 1985 comedy, Teen Wolf.

And as much as I enjoy Michael J. Fox as Scott Howard, it's the rest of his last-place team that I always end up cheering for. When they each have their moment to shine in the championship game, rallying together as a team, without the reliance on Scott's werewolf counterpart.

Especially "Chubby", played by Mark Holton, who is probably best remembered as Francis Buxton. If the name sounds familiar, it's because he was the arch-nemesis to Pee-wee Herman in Pee-wee's Big Adventure. In Teen Wolf however, he's a lovable loser with a mean hook-shot. 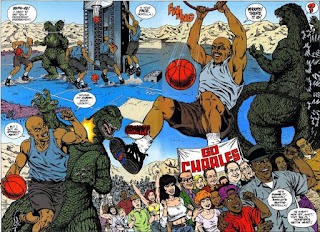 Since I'm wrapping this up with a focus on basketball, I thought I'd include this amazing montage from the Godzilla vs. Barkley comic published by Dark Horse in 1993. I had completely forgotten that Nike released a commercial featuring Charles Barkley in a one-on-one game with everyone's favorite radioactive monster and this is just a fantastic reminder that the world we live in is beautiful and magic.

Meanwhile, with the rest of The League--

The Nerd Nook assembles the greatest football team since the legendary 49ers. I forget which one they are, though.

Infinite Hollywood combines King Kong Bundy, Zap! from American Gladiators and that one Asian guy from all the best '80s action-flicks and transforms them into THE GREATEST SPORTS TEAM EVER ASSEMBLED. The ProStars might disagree, though.

And over at Diary of a Dorkette, Miss M tries to convince Cammy from Street Fighter to wear pants and I'm not sure why.
Posted by the Trash Man at 4:56 PM