Released within a year of the original film, Friday the 13th Part 2 (1980) brings nothing new to the table, but somehow manages to outdo its predecessor in almost every way. 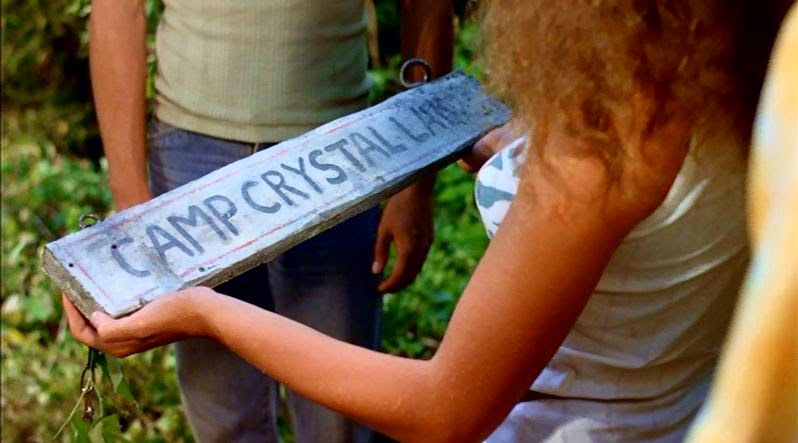 Tales around the campfire. The small group of young camp counselors huddle together, roasting marshmallows and telling tales of Jason Voorhees, the youth who seemingly drowned decades before. The events from the previous film, in-continuity having occurred five years prior, are simply regarded as an urban legend. A scary story to pass the time before a night on the town. There's no reason for the kids to think that they're in any danger.

Except that there really is.

Of course, any semblance of a whodunnit murder mystery in the vein of Agatha Christie's Ten Little Indians (1965) or the Italian giallos is quickly tossed aside, as a bulk of the film is spent discussing the possibility of Jason surviving his supposed fatal accident. Our "final girl" this time around, Ginny, theorizes that Jason grew up in the woods surrounding Camp Crystal Lake, never knowing anyone except for his mother, Pamela. She also speculates that he must have witnessed Pamela's decapitation at the hands of Alice, and that it drove him into a murderous rage.

No surprise then when it's revealed, in the film's final act, that, yes, this is precisely what has happened. 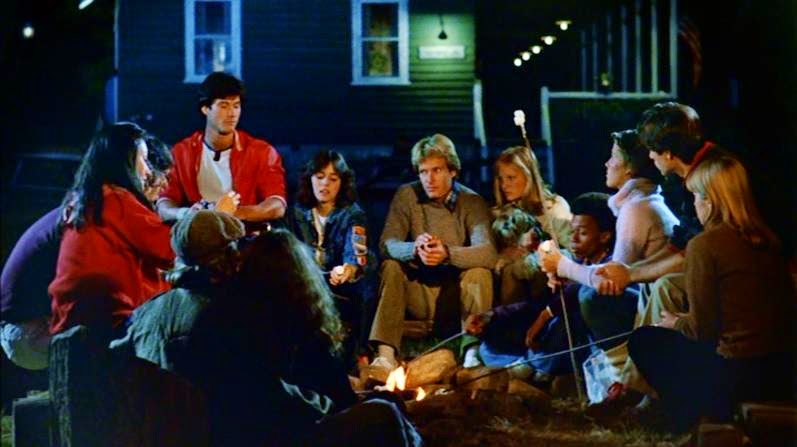 The rules from the previous installment, that sex and drugs result in a character's demise, don't seem to apply this time around.

Jason seems less concerned in meting out punishment on wicked teens; the surrogate counselors, standing in for those who ignored him as a child, who were responsible for his near-drowning, the same event that unhinged Pamela and drove her to maim and murder. In fact, the film's second victim isn't one of the young, attractive counselors, but instead Crazy Ralph, the prophet of doom from the original movie. Unlike his mother, Jason acts more like a wild animal, killing anyone who trespasses on his land. It seems happenstance that most of his victims are lustful youths or "dope-fiends". The simple case of "wrong place, wrong time". 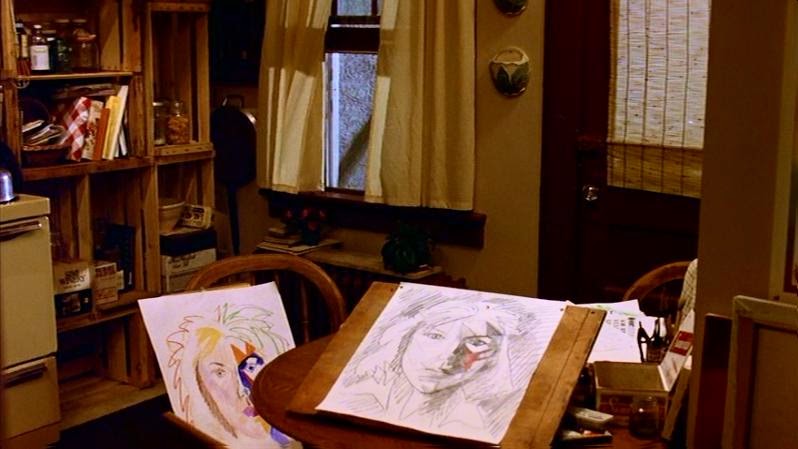 There's so much more to love in Part II than the original Friday the 13th, and I'll gladly herald it as a far superior movie. Setting up the tradition of the previous film's sole survivor, here it's Alice (Adrienne King), as the first victim. A much more likable group of kids, including short-shorts Terry, goofball Ted, and Scott offering to dance with a dog. Poor Mark taking a machete to the face and then tumbling down a flight of stairs, even when he refused to smoke pot because of his "training". There's Hillbilly Jason wearing a sack over his deformed face, wielding a pitchfork and chasing Ginny all about the campground. The pair ending up at Jason's decrepit shack, where his shrine to Pamela, complete with her decapitated head, is revealed.

Oh, and her sweater, too.

My only real complaint is the death of Crazy Ralph, who I will miss dearly as I continue my journey through the franchise. 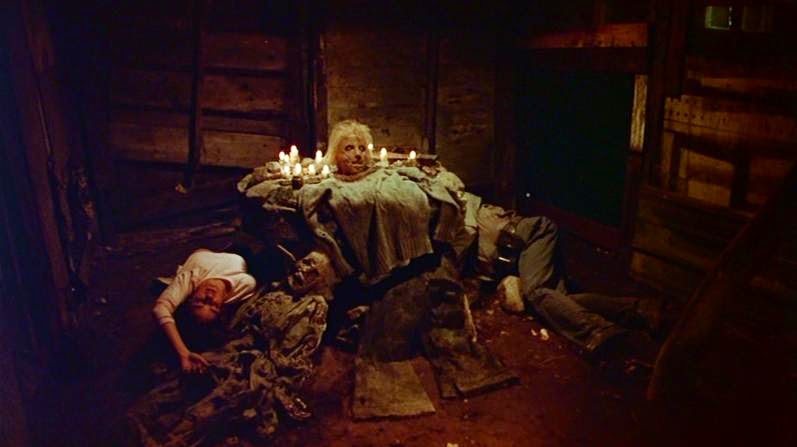