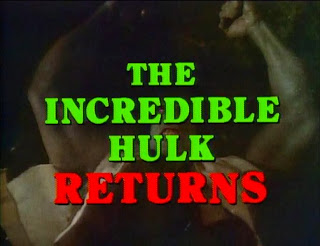 While all the other nerds are gearing up for their midnight shows of Thor: The Dark World, I've spent my evening so far traveling back to the year 1988 to take a look at the God of Thunder's first "live-action" appearance. Six years after the end of The Incredible Hulk television series, Bill Bixby would team-up with NBC to bring his furious, green-skinned alter-ego back to to the small screen. On the night of May 22, 1988, The Incredible Hulk Returns aired and somehow a six-year old Trash Boy completely missed it.

This is not at all a tragic thing.

I'll probably lose a few points with my older, pop-culture obsessed brethren, but I am not a fan of the '70s Hulk program. The series was already near cancellation when I was originally born, and I didn't really get a chance to catch it until the Sci-Fi Channel was up and running and broadcasting reruns. It's boring. So boring. If I really wanted to see an emerald-hued Lou Ferrigno smash tables and bend "iron" bars around corrupt cops and drug lords, then I guess maybe the show would appeal to me. As a kid raised on giant, transforming robots and the animated exploits of Spider-Man and his Amazing Friends, there just wasn't enough super-heroics or epic battles to satisfy me.

All these years later, my original opinion of the "classic" Bixby/Ferrigno joint still stands. I thought the first Incredible Hulk made-for-TV special might alter that, however slightly, by adding in one of his Marvel Comics peers. But even the Mighty Thor himself couldn't save this dud. 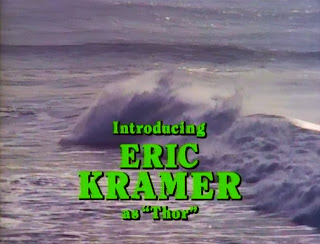 See, the idea with The Incredible Hulk Returns wasn't just to offer up the further adventures of David Bruce Banner and his monstrous "Mr. Hyde". NBC had the bright idea of using the TV movie as a backdoor pilot for a potential Thor television series. It's pretty obvious to anyone who may have actually subjected themselves to watching the program. More time is spent with the Norse god and his "master", a former student of Dr. Banner's by the name of Donald Blake, then with Banner or The Hulk.

Their shared origin involves Blake discovering the tomb of Thor while on an expedition to the furthest reaches of of Norway. Holding aloft the mystical hammer he discovers within, and calling out the name of the All-Father, Odin, he finds himself able to resurrect the Thunder God for the good of all humanity. 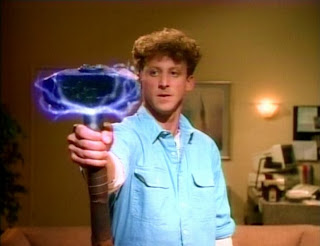 Get used to the above image, because you're gonna see it about six-hundred times before anything of significance happens. Actually, nothing really happens at all. Some thugs show up to steal Banner's latest invention, the Gamma Transponder, and the two heroes make extremely short work of them. Even poor Charles Napier. 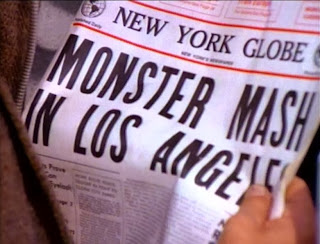 Oh, sure, there's an extremely brief brawl between Hulk and his fellow Avenger towards the beginning of the movie. It consists entirely of a couple punches, a whole lot of slow-motion Ferrigno, and Thor getting tossed through a window. You gotta remember that at this point in comics, fans had already seen the visual dynamics of guys like Kirby, John Buscema and Walt Simonson working on The Mighty Thor title.The fight presented here completely lacks in the KRAKADOOOOM! department; which only highlights the awful limitations that a Thor program would have also suffered from. 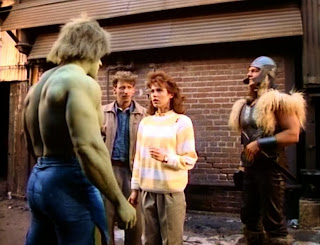 There's also an extended sequence where Thor demands that Blake take him out for drinks and food, and Donald complies by bringing his Norse housemate to a biker bar. Shenanigans ensue. 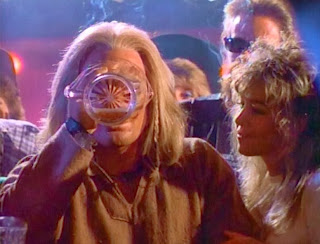 Thor quenches his mighty thirst with many pitchers of ale! A fair maiden plants a kiss on his cheek! Verily, he doth arm-wrestle one of the guys from Z.Z Top and wins..! These are the great deeds that will surely grant the Odinson entry into fabled Valhalla! 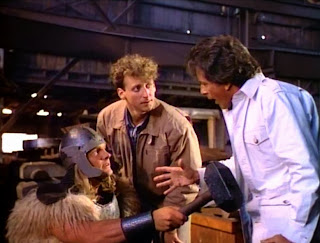 I'm being especially hard on The Incredible Hulk Returns and it's sorta undeserved. It's competently made for a extended television program and Bill Bixby's performance really is pretty solid. And, honestly, I sorta' enjoyed Eric Kramer as "Thor". There's something reminiscent of Chris Hemsworth's performance in both the first Thor film and in The Avengers. This brash version of the Thunder God who is obviously charmed by modern-living on Midgard; stuff like hailing cabs and getting into bar brawls and chasing girls jogging on the beach.

Maybe I would have enjoyed a late '80s, NBC-produced Thor program after-all. 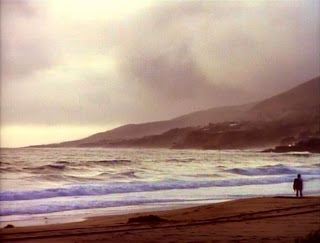